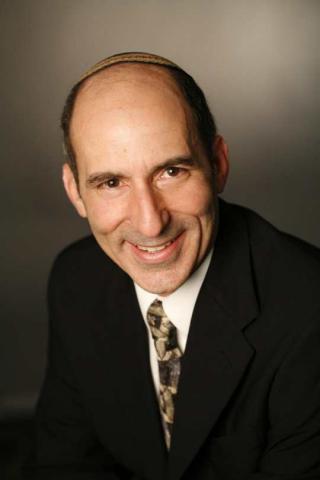 Gil Graff has served as Executive Director of BJE since 1993.  During his tenure, BJE – through the collaborative efforts of its board and staff, and the partnership of individuals and organizations with shared goals -- has earned a national reputation for innovation and excellence in advancing the mission of encouraging participation in, enhancing the quality of, and promoting access to Jewish education.  Gil’s experience in Jewish education spans many years as a teacher and administrator at day and complementary schools and as Director of a residential summer camp.  His academic background includes several teaching credentials, a Masters Degree in Educational Administration (CSUN) as well as a J.D. (UCLA School of Law) and Ph.D. in Jewish History (UCLA). Gil has been a California Senate Fellow, a Jerusalem Fellow, and a Visiting Scholar at the Oxford Centre for Hebrew and Jewish Studies.

Gil is the author of three books and numerous articles on issues of Jewish education, history and law, relating to the encounter of Jews and Judaism with modernity.  He has taught graduate and professional school students as an adjunct faculty member at American Jewish University, HUC, Touro College, Spertus College and AJR-CA, and served as a mentor for the iCenter in the professional development of Israel educators.  He is currently a member of ADCA, the Association of Directors of Central Agencies, and serves as an officer of the California Association of Private School Organizations (CAPSO).
Gil and his wife Robin, also a Jewish educator, are both natives of Los Angeles.  They are the parents of two sons and a daughter who are alumni of BJE-accredited schools.

"Toward an Appreciation of the American Legacy of Rabbi Esriel Hildesheimer: The U.S. Rabbinate of Three Hildesheimer Students." Modern Judaism, Spring, 2011: 167-188.

“From Jerusalem to Brunswick: The Metamorphosis of Dina de-Malkhuta Dina” (Hebrew). Bitzaron, Spring, 1986: 59-63.