Learn what BJE is doing in response to the Covid-19 pandemic in Early Childhood.

Learn what BJE's Center for Excellence in Part-Time Jewish Education is doing in response to the Covid-19 pandemic.

Learn what BJE Impact is doing in response to the Covid-19 pandemic.

Be a part of the BJE community. Here’s what’s happening now. 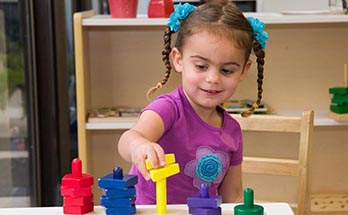 Resources for families from the ECE Network of Teachers

How to Discuss Race and Racism

Educators and Parent Resources for families and children 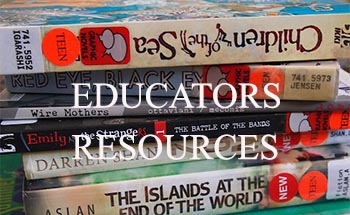 Change Their World. Change Yours.

The BJE March teaches powerful lessons of Jewish history and personal Jewish identity with a profound impact on participants. On Holocaust Remembrance Day, the Los Angeles delegation, along with...

THIS EVENT IS SOLD OUT

For 84 years, BJE has been the only organization wholly dedicated to Jewish education in Los Angeles, across the religious spectrum and in all aspects. More than half of the money we raise to provide educational opportunities to young people in our community comes from individuals like you. BJE's Annual Campaign runs from July 1, 2020 through June 30, 2021. We’re grateful for your support and can’t do it without you.

Help Us Reach Our Unrestricted Fundraising Target Of $1,225,000

At this moment, it’s hard to get on the same page with colleagues and family members, let alone people whom we see as “other” in some way. Sadly, our patterns of speech...

On Friday, May 15th at 2:30 PM teens, parents and survivors came together through a Zoom meeting to hear the incredible story of Estelle Nadel, BJE March of the Living Holocaust Survivor.  While on the March, teens typically have the opportunity to hear the stories of our Survivors each day as we travel from site to site. Since we were not able to do this with teens this year, Survivors will be sharing their stories of resiliency, strength and endurance with teens, family and friends through the BJE March of the Living Survivor Talk series.

​Estelle Nadel was only a child when she and her brother escaped Nazi captivity through a tiny window in their jail cell. Once free, Estelle and her brother lived in hiding for two years and ultimately arrived in the United States in 1947. She attributes her survival to singing and music as a personal escape from the horrors she came face to face with.

It took Estelle a long time to start sharing her story of survival but now that she does, she says that she feels called to speak. As a witness to the Holocaust’s horrors, she feels that it is her duty to rebuke those who deny that it happened. “There’s very few survivors left, and a lot of them don’t want to talk about it. I want the world to know that there was a Holocaust.” she said. “There's so much denial, that every time I get a chance to tell my story, I feel like I’m fulfilling something, for something that people are denying.”

Space is limited and will be on a first come, first serve basis.  Please contact Liat Vorobiev for a link and log on credentials.

Join Builders of Jewish Education (BJE) in the #BJEBuildingKindness Challenge!

What: a social media event where kids and teens can showcase acts of kindness and ways they are bettering the world!

How: Please check back here, or

Hope your family will join us! Sign up here.

Many Jewish Day Schools and part-time Religious Schools have, in recent years, embraced Project Based Learning, a creative and engaging educational approach.  Project Based Learning calls on students to investigate and respond to a complex question, challenge or real-world problem.  Through collaborative investigation, students gain knowledge and skills; often, they are asked to share what they have learned with a larger audience.

Recently, I looked afresh at the writings of Dr. David De Sola Pool (1885-1970), long-time spiritual leader of the Spanish and Portuguese Synagogue (Shearith Israel), in New York, and a nationally prominent personality in American Jewish life for scores of years.  British-born, De Sola Pool came to New York, in 1907, to assist his cousin, Dr. Henry Pereira Mendes as minister of Shearith Israel (the first congregation in what was to become the United States); he eventually succeeded him.  Parenthetically, no ordained rabbi lived in the United States prior to 1840, and, before and long after that time, many synagogues were led by clergy who did not hold rabbinic ordination.  In 1917, David De Sola Pool married Tamar Hirschenson who, in her own right, was to serve as National President of Hadassah.

The De Sola Pools spent 1919-1922 in Palestine; there, as well as in New York, David was deeply interested in Jewish education.  Writing in 1925, he urged – drawing upon John Dewey -- attention to the “project principle” in teaching.  “It is not sufficient merely to store the child’s memory with verbal facts, and make them rehearse the ideas of others as they sit stiffly, or more often lounge sleeping, before the bored, mechanical teacher,” he commented.  “In the project method, the curriculum encourages the initiation of work by the pupils.”  Nearly a century later, Project Based Learning has been widely adopted in many settings of Jewish education.

De Sola Pool made the point that there is no dichotomy between the “project principle” and student learning; in fact, the project approach enhances student learning.  In like manner, there are other “principles” or values that are sometimes juxtaposed as though to suggest that they are mutually exclusive; yet, the “dichotomy” is false.  One such juxtaposition is an emphasis on relationship-building as against a focus on educational content.  Relationships develop, in great part, through positive, shared experiences.  Learning and relationship building are, ideally, complementary and mutually reinforcing in the educational setting.

Another false dichotomy is that between outward facing and inward looking Jewish education: either it’s entirely about tikkun olam, with a universal focus, or it’s all about Jewish distinctiveness.  Particularism and universalism in Jewish thought and practice are best recognized as parts of an integrated whole.  From the Biblical images of Abraham and Sarah to the present day, Jewish living is a journey of study and experience, learning and relationship, the particular and the universal.  It is a project of enduring value, engaging successive generations in ways that add meaning to the lives of individuals and wisdom to the communities of which they are part.

Viewing and discussing video excerpts of classroom lessons can be a great way for a school staff to build common language and purposes for...

BJE’s impact is felt throughout greater Los Angeles. These are just a few
ways we’re making a difference this year.

Across the Jewish spectrum, Jewish schools in Los Angeles receive a wide range of services and support from BJE.

From birth through young adulthood, young Jewish people in Los Angeles are engaged in Jewish life through BJE programs and accredited or affiliated schools.

BJE leverages the strength of our vibrant community to generate public and private funding that benefits Jewish educational programs and institutions throughout Greater Los Angeles in a wide range of ways.

Looking for a K-12 school or Parent and Me program? Look no further! BJE's JKidLA website and Concierge Rachel Kaplan will help you navigate through the 170+ Jewish schools in the greater Los Angeles area.

BJE is dedicated to helping BJE affiliated schools, camps and youth groups find the best person to fill an available position. Employers post your jobs and job seekers look to see what's available - all at no charge.