On Shavuot and Jewish Education 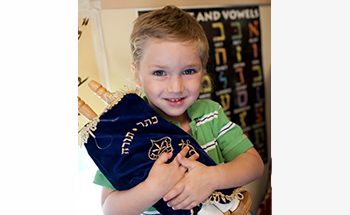 On Shavuot and Jewish Education

Jewish tradition associates Shavuot with the experience of receiving Torah at Sinai, 50 days after liberation from slavery in Egypt.  Passover marks freedom from bondage; Shavuot celebrates freedom to lead purposeful lives.  As the Israelites are about to encounter Torah, the Torah describes Israel’s mission with the phrase: “kingdom of priests; holy nation.”

Unlike other nations of that time, including Egypt, whose exclusive, priestly class was, alone, presumed to know the secrets of the gods, all Israel – men, women and children – was to have open access to Torah (and non-Israelites could choose to become part of that community, as well).  Through the study of Torah, Israel was to be “am kadosh,” a consecrated people.  In the weeks before Shavuot, in the cycle of weekly Torah study, we read the instruction “kedoshim t’hiyu”: you shall be distinctive, set apart, consecrated (often translated “holy”); reciprocally, the Torah notes, God is consecrated through the people Israel leading lives reflecting the precepts of Torah.

As recently as 200 years ago, Jews, with few exceptions, recognized not only the phrase “kingdom of priests; holy nation,” they identified with the mission it framed.  Today, for some Jews, the directive to be a kingdom of priests (literate in Torah) and a holy nation (translating Torah into daily practice) remains compelling.  For some Jews, it is interesting and engaging, albeit viewed as an input rather than an imperative.  For some Jews (those who have never encountered Torah) it is altogether unknown.

For those who understand Torah as a Divine guide to life, the rationale for studying and embracing its teachings is clear.  For those who approach Torah as an expression of the Jewish people’s narrative and aspirations, the challenge of becoming a “kingdom of priests; a holy nation” likewise remains an enduring project.  For both groups, the allure of Torah is such as to propel them to engage with Jews who have yet to encounter Torah, introducing them to the wisdom of its teachings.

Shavuot is a call to purposeful living; it is a summons to renewed commitment to Jewish education.  Not only does Torah study ennoble the life of the learner, helping her/him thrive as a human being, it enables the possibility of contributing as Jews (grounded in Jewish learning) to the world of which we are a part. May our study this Shavuot, as throughout the year, inspire us to lead lives of meaning, drawing upon Torah wisdom to help build a better world.  Chag sameach!